What Are Conflict Minerals

Conflict minerals are minerals mined in conditions of armed conflict and human rights abuses, notably in the eastern provinces of the Democratic Republic of the Congo. The most commonly mined minerals are cassiterite, wolframite, coltan, and gold, which are extracted from the Eastern Congo, and passed through a variety of intermediaries before being purchased by multinational electronics companies.

Minerals mined in Eastern Congo pass through the hands of numerous middlemen as they are shipped out of Congo, through neighboring countries such as Rwanda or Burundi, to East Asian processing plants. Because of this, the US Conflict Minerals Law applies to materials originating (or claimed to originate) from the DRC as well as the nine adjoining countries: Angola, Burundi, Central African Republic, Congo Republic (a different nation than DRC), Rwanda, Sudan, Tanzania, Uganda, and Zambia.

The minerals involved are used and are essential in the manufacture of a wide variety of devices, including consumer electronics such as mobile phones, laptops, and MP3 players.

What is the legislation?

As a part of the U.S. Government's Dodd-Frank Wall Street Reform Act, signed into law in July 2010, Section 1502 requires American companies to ensure the raw materials they use to make their products are not tied to the conflict in Congo.

The Dodd-Frank Act provision, requires companies to trace and audit their supply chains in order to ensure their products are not financing atrocities occurring in eastern Congo. Through this legislation, the U.S. Government will lead the way to making due diligence in minerals supply chains mandatory.

How Does this affect us?

The current legislation applies only to products manufactured in the USA or exported to it. However the EU is currently investigating the introduction of similar rules for Europe. Whilst this is at the consultation phase currently, it seems highly likely that legislation will be introduced in the EU at some point in the future.

Obviously Zygology sells products from a number of sources. We rely on our suppliers to provide us with information on their raw material sourcing to pass on to our own customers. As you can imagine obtaining this information in the first place can be a complicated, extended and onerous process for them.  As the information becomes available to us it will be added to this page.

Get in touch with Zygology today

Do you have a question or need a particular part you cannot find on our website? We can help.
Simply fill out the form below or give us a call and speak to one of our experts.

Get in touch directly

Find out how Zygology can benefit your company through our client focussed solutions. Download our brochure today. 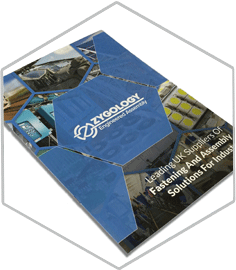 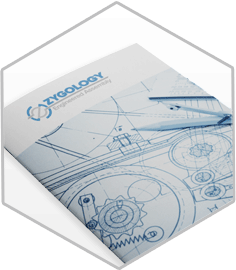